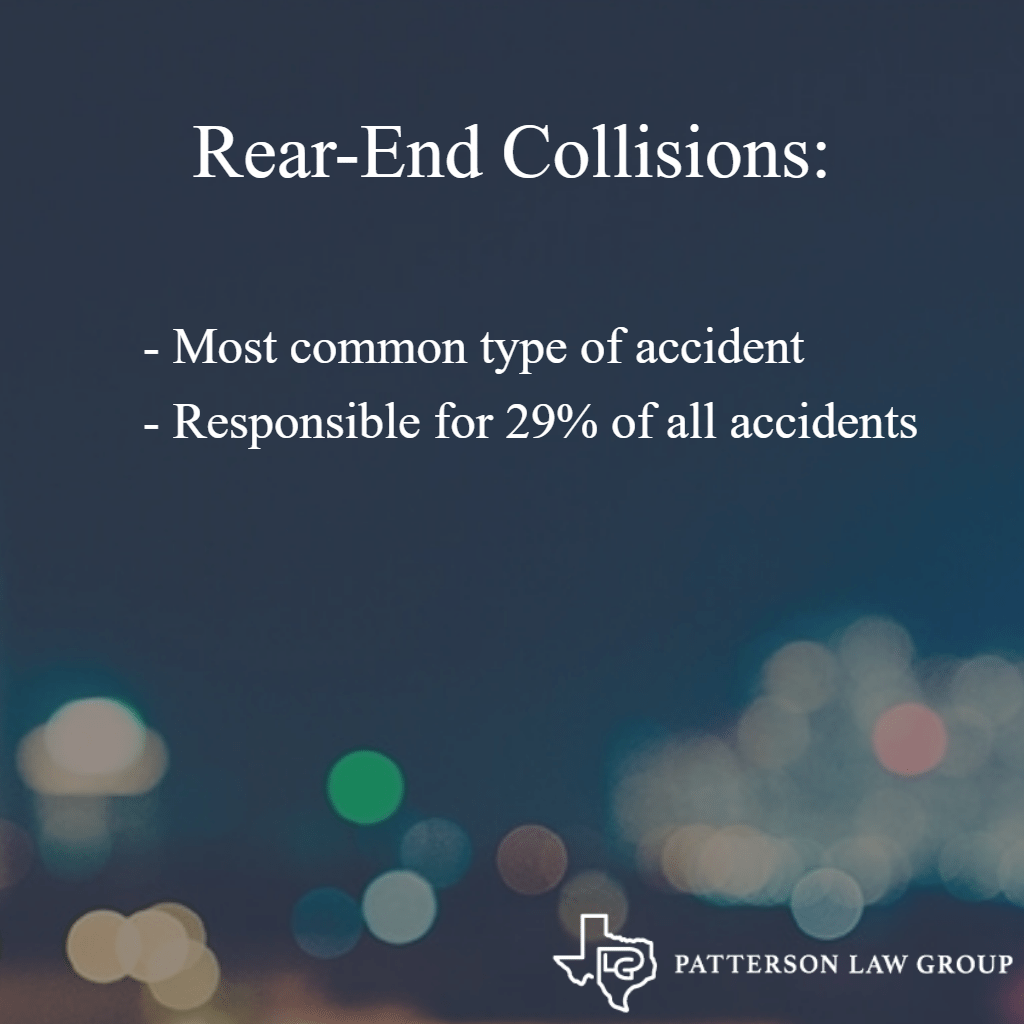 When we are driving, we obviously have a certain amount of control over our own vehicles. However, the driving habits and actions of others are completely out of our hands. Take a rear-end collision, for example. We can be a careful driver and obey all of the traffic laws, and still end up in a crash with someone who has run into us from behind.

Rear-end collisions can be scary not just because they occur so suddenly, but also because they may cause personal injury beyond what is evident at the time of the accident. When we are rear-ended, there is potential to experience neck, back, or other injury down the road, even if we have walked away from the accident seemingly okay. Of course, some rear-end collisions produce injuries on the spot that need immediate treatment.

The National Highway Traffic Safety Administration (NHTSA) reports that rear-end collisions are the number one type of vehicle collision. In fact, they account for 29% of car accidents across the country. How do these collisions occur? The NHTSA commissioned the Virginia Tech Transportation Institute (VTTI) to conduct a study that would include research and tests on rear-end collisions. The VTTI’s task was comprehensive, delving into many focus areas. Most interestingly, it found:

The study’s results highlight the necessity for drivers of all ages and demographics to leave enough space between their car and the car in front of them. Maintaining adequate room to stop for any reason is imperative. Findings also make it clear that distracting activities, like texting or using a cell phone in another way, could contribute to the potential for rear ending the driver in front of you.

If you happen to be a victim of a rear-end collision, we want to help. Fill out the contact form on this page to get a free consultation from one of our attorneys.