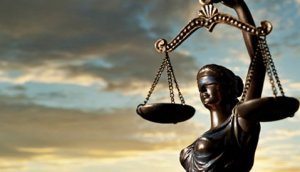 Here’s the beginning to a story we hear often at our personal injury law firm:

” I was driving to work.  I was stopped at a red light.  Then, out of nowhere, a car slammed into the back of me.  The police and an ambulance came and I was taken to the hospital because I had pain shooting down my neck and back.  I didn’t speak to the driver of the car that hit me, or anyone else who might have seen the wreck.  I was later discharged from the hospital but I’m still in a lot of pain.  My medical bills from the hospital are piling up and I don’t know what to do to get better.  I also missed several days of work while in the hospital, my car is no longer drivable, and I can’t afford a rental car. ”

As you can see, it gets messy quick. Not much out there can abruptly disrupt your day-to-day life more than a car wreck. You’re going about your business just like every other day and then somebody slams into you because he was in a hurry, or more likely, he was sending that text that just couldn’t wait (sidebar: it amazes me that we still don’t have statewide legislation regarding texting-while-driving, but that’s another topic for another day). All of a sudden, on top of dealing with the normal stresses of everyday life, you now have both medical and legal hurdles to clear.

The rest of the story depends on whether that person decides to get help for his/her medical and legal issues.

For the physical pain, two things are critical: (1) finding the right team of medical providers, and (2) following doctors’ orders (if you need some advice on who to see for your injuries, give us a shout). Not only will doing both greatly enhance your physical well-being, but it will also support your claims against the insurance companies—which is where we come in. By the way, if you are represented by a lawyer for your personal injury, you can usually find medical providers who will work under “letters of protection”—meaning the doctors get paid out of the final settlement with the insurance company and/or defendant, instead of billing you during treatment.

And now for your legal battle. “Individual vs. Insurance Company” is the most lopsided fight of all time—at least David had a slingshot. Not only do insurance companies have a huge advantage in terms of resources, but they also have the psychological edge as they have spent millions on marketing campaigns to convince you that they are there for you. Think about it for a second—“like a good neighbor,” “you’re in good hands,” “peace of mind.” If your neighbor ever treated you the way the insurance company is about to treat you, I suggest relocation. Please always remember that the insurance companies are here for one reason—to make money. The more they pay you, the less they make, and therein lies the rub. Having the right legal team in your corner will help level the playing field.

This brings me to my shameless plug for UIM coverage. The most important thing you need to do today is call your insurance agent and ask for your policy limits on your UIM coverage for you and your family, and ask how much it will cost you to increase those limits. Here’s why.

Let’s continue our hypothetical from above and assume that you have $100,000 in damages (medical bills, lost earning capacity, pain and suffering, etc.). The most you are likely going to be able to recover from the other guy’s insurance company is $30,000. You then turn to your own insurance company because the other driver was “underinsured” and discover that you only have $30,000 of UIM coverage. That leaves you with a $40,000 deficit of damages you’ve incurred because of somebody else’s negligence but that no one is going to pay for. If you had increased your own UIM coverage to, say, $100,000, which surprisingly does not cost you as much as you might think, you would have been covered.

Of course, most cases are not as clear cut or as simple as the hypothetical. Sometimes people have differing accounts of what caused the wreck. Sometimes the medical bills are significantly lower than the insurance policy. Every case is different. Every wreck is different. Every client is different. The only constant is the fact that you will have a huge disadvantage if you choose to go at it alone. Find a legal team that you can trust, that will work hard for you, that will be responsive to you, and that will only ask to be paid if they win for you.

They will be your slingshot.