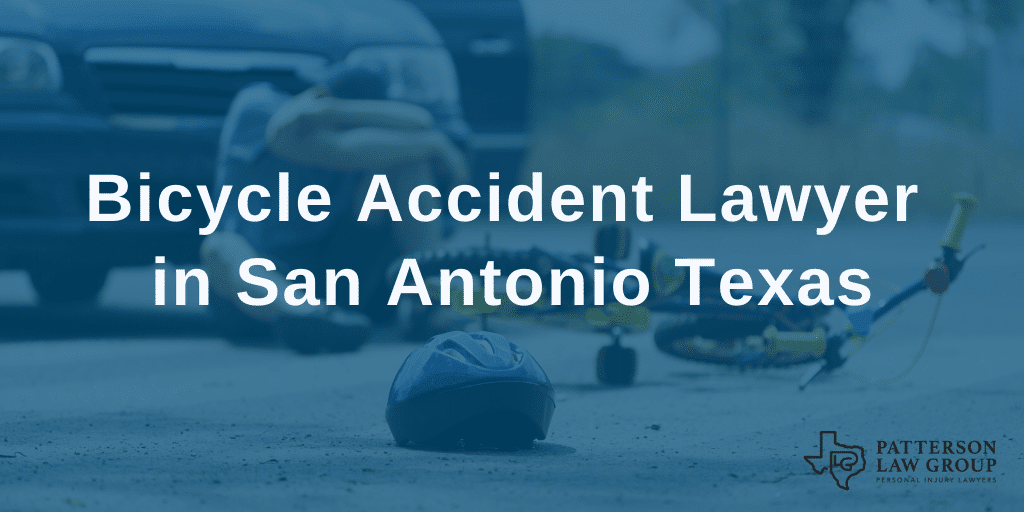 Picture it. You’re cruising along on your bicycle, obeying all traffic laws, and saving the environment from vehicle emissions. You ride your bicycle all over town. You love the freedom of the wind on your face. You’re feeling pretty good about life when someone fails to share the road and slams into you with their vehicle.

You’re devastated and worried that you can’t do anything. You didn’t know if you have insurance on your bicycle. Will your injuries be covered?

At Patterson Law Group, we hear about this scenario too often. Bicycle accidents in the San Antonio, Texas area are more common than they should be.

If you have been in a bicycle accident, Patterson Law Group is here to help. Call (210) 874-2424 to seek legal advice from a knowledgeable attorney. 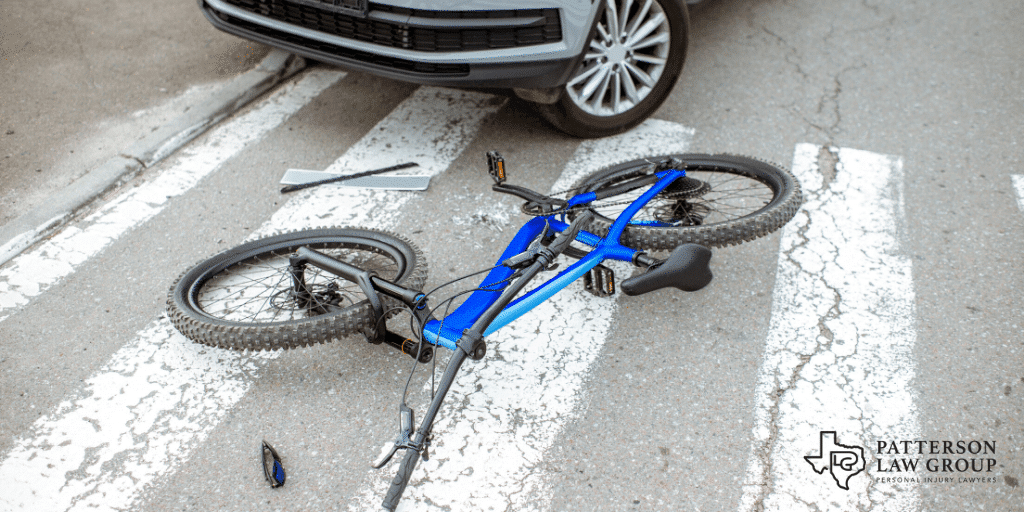 Most bicycle fatalities occur at night, in urban areas, and often outside the safety of a designated intersection or crosswalk. At Patterson Law Group, we suggest you stay extra vigilant in these high-risk conditions. Helmets on cyclists have also proven effective at preventing severe brain injury and death.

Proving a bike accident in Texas sounds simple. Many people believe that pedal cyclists have the right-of-way, but according to Texas State Statutes, cyclists must obey the road rules as motorists do. Texas law treats bicycles as vehicles when they’re on the road; they share the same rights and responsibilities as enclosed cars and motorcycles, with a few small exceptions.

At Patterson Law Group, we will sit down with you to assess your case’s entirety to determine your rights and responsibilities, including determining what evidence is needed. Schedule a free consultation with one of our dedicated lawyers at (210) 874-2424.

What Happens To My Claim If I Wasn’t Wearing A Helmet During The Accident?

While there is no statewide law requiring helmet use while cycling, the insurance company may argue that lack of a helmet contributed to accident injuries. The same goes for a lack of proper reflectors or riding on the wrong side of the street. It is certainly advisable to wear a helmet, but no helmet can completely protect cyclists from careless, drunk, or distracted drivers. Bicycle accident lawyers in Texas take action on behalf of the victim or their family, apprising them of their rights, and aiding in various legal challenges. At Patterson Law Group, we have a team of attorneys ready to take action for bicycle accident victims.

What Damages Can I Claim After A Bicycle Accident in San Antonio, Texas?

If you were involved in a bicycle accident with a negligent driver, you will most likely recover damages from their insurance company. In some instances, you may recover from your own insurance company. If your policy has personal injury protection, the coverage will almost always extend to bicycle accidents. You can talk to your insurer to determine if personal injury protection applies to your particular bike collision.

In Texas, we follow a 51% modified comparative fault rule; this means that an injured cyclist can’t collect damages if they are more than 50 percent at fault for causing the accident. An injured cyclist can collect damages if they are 50 percent or less at fault, but those damages would be reduced by a degree of fault. Evaluating who is at fault in a bicycle case can be tricky, which is why we at Patterson Law Group want to hear your story first.

How Much Compensation Will I Receive For A Bicycle Accident Claim?

Several factors go into calculating compensation in a bicycle accident claim. Since Texas follows the 51% modified comparative fault rule, the court will weigh the evidence to determine the percentage of fault a bicyclist had and adjust the settlement amount accordingly. At Patterson Law Group, we will work with you to maximize your compensation.

Protect Your Rights with a Qualified Attorney from Patterson Law Group

Patterson Law Group recognizes your desire to live a healthier lifestyle and to reduce emissions by bicycling, but we also want you to stay safe. We recommend you wear a helmet and follow the rules of the road extra carefully. If you are injured in an accident, you can protect your rights with a qualified attorney from Patterson Law Group. Simply call us at (210) 874-2424.